You talking to me? 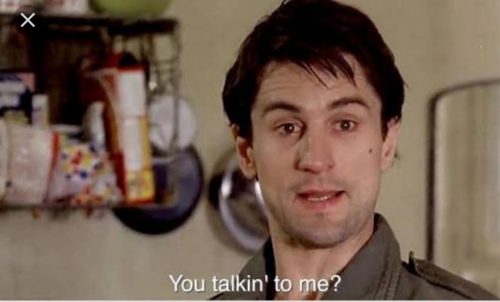 I hope so! There is nothing worse than trying to find out what is going on through second-hand news, gossip, or other people’s perception of what is happening.

Someone told me recently they were aware of at least two incidences where people only knew they were furloughed because payments were received in their bank account, they had not actually been told by their employer! Could have been worse I suppose but seems rather incredulous.

We are at the beginning of September and aware that some of our business clients are starting a gradual return to the workplace. All the more reason to make sure staff are aware of changes to working practices, expectations, and health and safety measures. Time to find out too, how everyone is feeling and if they have any concerns.

Everyone, at all levels, has had to learn on the job so far as the pandemic is concerned, it was new to everyone, no precedents to follow and so on reflection maybe some things could have been organised in different ways. But a big shout out to all you HR people, managers, and business owners who literally have had to think on your feet and deal with the situation with no rehearsal time to make sure everything continued as smoothly as possible. Thank you! What is important now, is that people know what is expected looking forward.

People talk about the ‘new normal’ but no-one really knows what that means just yet, and no doubt policies put in place will change and evolve as time goes on but this could be an exciting time, it doesn’t have to be met with trepidation. Use it as an opportunity to improve on previous working practices, reflect on what has worked over lockdown, can those changes be incorporated into the new way of working? Was the old way, with long commuting times and face to face meetings the most economical way of doing things? Better use of technology supports online meetings and working from home, but the importance of human interaction also plays a part.

Do they have the confidence of knowing that they will have a job to return to once the scheme ends and what the future holds? There is always talk in the media of businesses who have not had the revenue to keep staff on and those who have been furloughed will be worried that they will be the ideal candidates for redundancy. Naturally, this will cause anxiety and worry. Keeping them informed of the situation and where possible the assurance that they will still have a job to go back to will minimise that worry and stop any second-guessing.

Are some staff who have been working from home to continue rather than return to the workplace? If so, have they been asked how they have adapted to working from home, are there any issues that need to be resolved whether that is the ergonomics of their home office set up or emotional feelings of isolation from other members of the team, lack of social interaction with colleagues which is an integral part of the working day. Would they prefer to work from the office instead or just work from home a few days a week?

Returning to the workplace

Do you know how people feel about returning to the workplace, are there any safety concerns, whether that is travelling on public transport or social distancing measures in place when they arrive? Are they concerned that there will be too many people there for social distancing to work? Communicating what you have put in place, whether that is signage, one-way systems, hand sanitising stations, making sure everyone knows what to expect will reduce feelings of nervousness about returning.

More than ever, team meetings will be important, as the usual human interaction between colleagues, whether that is discussing work or just catching up with everyone, has been difficult with remote working. People need to feel their role is still important, to feel engaged with their work, and to know they can be open about any concerns they may have. Designating well-being champions seems more important than ever.

Many people react adversely towards change and with the added threat of a virus that is still around it is natural for some to be concerned about what the future holds but thinking positively, it is an opportunity to reflect on how we worked before and what we want to go back to. One thing is for certain and that is health and wellbeing should be a priority for businesses to ensure their staff feel as reassured as possible their future is secure and safe, and support is in place to assist those who will struggle to adapt to the ‘new normal’.